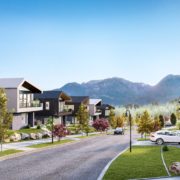 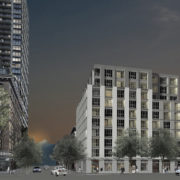 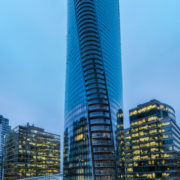 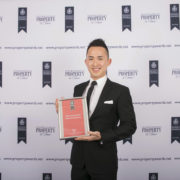 Holborn Group is garnering international attention for its projects, which range from high-end elite to community-focused

With incredible attention to detail, exceptional design and robust market research, Holborn Group is fast becoming one of the West Coast’s most esteemed real estate developers.

“I am motivated to create spaces that harness experiences for people,” says Joo Kim Tiah, principal of Holborn Group. “We pride ourselves on design-focused commercial and residential projects that are different than others in the market, while never duplicating a design.”

Tiah’s defining moment in his career came in 2009 when he took over running the family business. He became part of Vancouver’s elite developers with the Trump International Hotel & Tower Vancouver. This is hugely credited to his forward-thinking efforts researching some of the world’s most luxurious hotels and resorts. He also spent numerous years travelling and educating himself in the hospitality industry, from studying restaurants to bars to nightlife and entertainment.

“This was such an honour… competing against developers from all over the world and winning was a huge deal for us,” says Tiah. “Trump International Hotel & Tower Vancouver also received other regional awards from the International Property Awards.”

Every project Holborn Group takes on are based on its core values – to be “significant” in the places it develops, to create environments where the fondest memories are shared, and to elevate the communities and cities where they live.

“We listen, we observe and respond with vision to create the most celebrated landmarks and developments,” notes Tiah.

This is why you won’t see the company build the same product among any two communities. The team recognizes the special nuances that make a property unique and design their communities to accentuate them. Each project is a blank canvas and a chance to set another benchmark.

This is an exciting year for Holborn Group. Capitalizing on its phenomenal success, Holborn Group will focus on three major projects within its expansive portfolio.

Little Mountain: Th is masterplanned community on a 15-acre site alongside Queen Elizabeth Park will consist of 1,600 condominiums and townhomes, including 283 social housing units. It is expected to be completed in 10 years, over four phases. Once finished, Little Mountain by Holborn will encompass 18 buildings, ranging from four storeys to 12, as well as 32,000 square feet of commercial space, with a neighbourhood house, daycare, retail, and grocery store. Holborn has engaged local architecture firms such as Stantec and B+H Architects to begin building designs of the first phase. And international architecture firm Ministry of Design for the spectacular presentation center set to open Fall 2018 on the site.

“Little Mountain is literally next to Queen Elizabeth Park, a very sought-aft er neighbourhood,” notes Tiah, adding they will break ground later this fall on two social housing buildings and the presentation centre. “As we move forward with the different stages, we are hiring some of the best local and international architects to set a new benchmark for this area.”

University Heights: The second development launching this year for the company is Phase 2 of Squamish’s University Heights by Holborn. Riding on the success of the sold-out Phase 1, it consists of 20 acres adjacent to Quest University in the Garibaldi Highlands community.

“We understand the changing demographics here, which consist of young families and outdoor enthusiasts,” Tiah says. “This project will off er a contemporary design not seen in Squamish until now.”

Holborn Group is currently in pre-sales for its nine serviced lots (three are already sold), while the single-family homes pre-sales begin in late fall.

“With all of the projects I undertake, I really want to make an impact on Vancouver’s skyline,” Tiah says. “Th e joy of creating something new and exciting is why I do what I do.”

How many local projects so far?

Six projects completed, three under way, and one hotel

The Approvals – All Star Jam Event hosted by the Urban Development Instit...
Scroll to top